THE LUMUMBA MONUMENT
This new project celebrates the life and legacy of the first Prime Minister of the Democratic Republic of Congo, Patrice Lumumba.

The first freely elected Prime Minister of the Democratic Republic of Congo.
Beloved by his people, Lumumba was assassinated by western interests because
he believed that the Congo’s vast mineral wealth should be used,
first and foremost, to benefit the people of the Congo.

Patrice Lumumba: The Vision, The Legacy is a 12 foot tall bronze monument by Nijel BPG that will be a friendship gift from the people of America to the people of the Democratic Republic of Congo. The monument will pay tribute to the vision and the legacy of Patrice Emery Lumumba.
The Vision section of the monument is a realistic standing bronze sculpture of Prime Minister Lumumba. He is depicted as tall, stately, left foot stepping forward, and looking ahead. In Lumumba’s left hand is a scroll dated “June 30, 1960”. The scroll represents his famous Independence Day speech delivered on that day before the nation, and the Belgian monarchy. The date on the scroll is highlighted in gold leaf. The statue is finished in a bronze and black patina. It is mounted on a black granite, rectangular base with a sloping front. A black name plate is attached.
The Legacy section of the monument depicts a globe, rubber plant, wood carvings and ivory tusks. Lumumba’s right hand rests lightly on the globe. Africa is the centerpiece. Jutting out of the continent are gems symbolic of gold, diamonds, and other strategic minerals. The structure sits on a rectangular green marble base. The globe is held aloft by additional symbols of resources that were expropriated from the Congo during decades of Belgian rule. These resources include ivory from elephant tusks, rubber, a collection of Congolese art and sacred wood carvings. 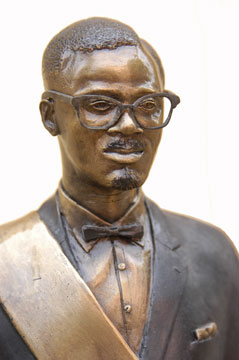 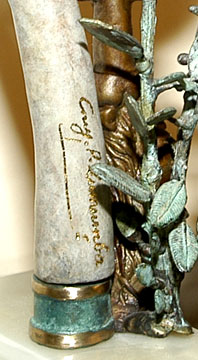 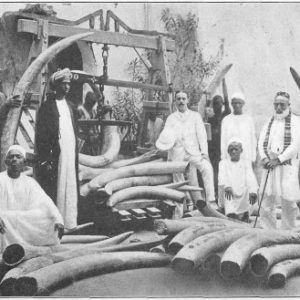 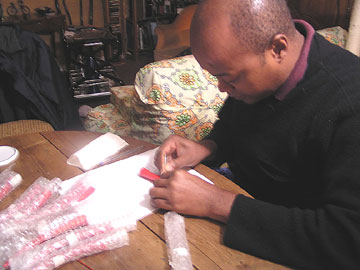 Project Overview
The Lumumba Monument Project has been launched, and with the assistance of Friends of the Congo undertakes to create a monument to Patrice Emery Lumumba as a friendship gift from the people of the United States to the people of the Democratic Republic of Congo. Based on Nijel’s “Patrice Lumumba: The Vision, The Legacy” sculpture, the project will be completed in three distinct and complimentary phases designed to support the success of each following phase.

The ivory tusk of all seven Artist’s Proof s contain a special, and rare feature. Engraved in the wax, cast in bronze, and finished with gold leaf is the signature of Guy Patrice Lumumba, youngest son of Patrice Lumumba!

Only one (1) Artist’s Proofs statue remains! It is available for $3,500.
This statue is numbered and signed by the artist Nijel BPG,
and Guy Patrice Lumumba, son of Patrice Lumumba.
It comes with a Certificate of Authenticity.

Share the magnificence of this sculpture, and in so doing, help to advance
The Lumumba Monument Project.
Order your statue NOW!