The Marcus M. Garvey: Africans Unite! bronze sculpture by Nijel BPG is a 14 inch standing sculpture of the father of the Pan African movement, the Honorable Marcus Mosiah Garvey. This sculpture was commissioned by his son, Dr. Julius Garvey.
The artist has depicted a young, bold, and confident Marcus Garvey wearing a suit and standing with his left foot forward in the ancient Kemetic tradition. His left hand holds the Ethiopian book “Kebra Nagast”, the story of the Queen of Sheba and her only son Menelik.
To the left of Marcus Garvey is a unique symbol of Africa. The tremendous human, mineral, and agricultural wealth of the continent is expressed in Garvey’s idea for a red, black and green flag of Africa. The globe sits atop a Kemetic “djed” column. The djed column symbolically “powers” the continent of Africa, while together, the globe and djed forms an “ankh”, the Kemetic symbol for “life”. Marcus Garvey’s vision for an enterprising Africa is the “black star” which is front and center on the djed column. Next to this structure sits an Egyptian vase filled with the sacred blue lotus flowers of the Nile. 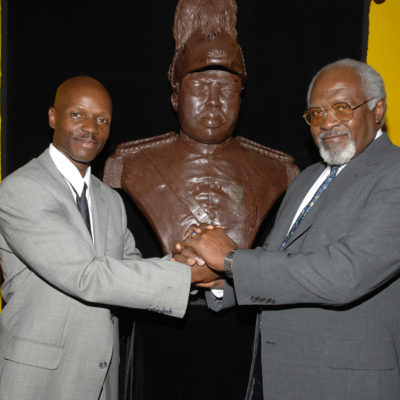 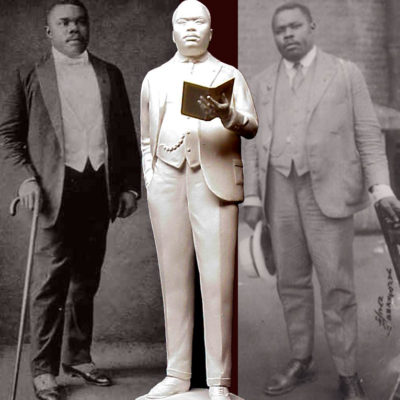 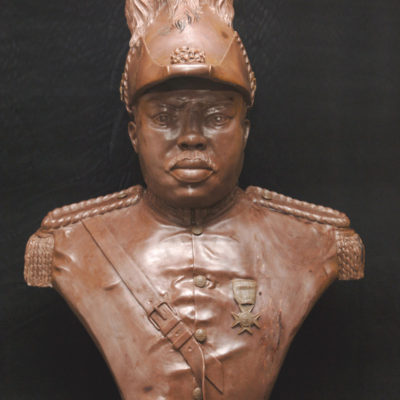 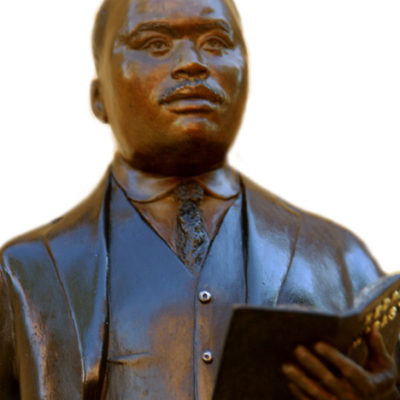 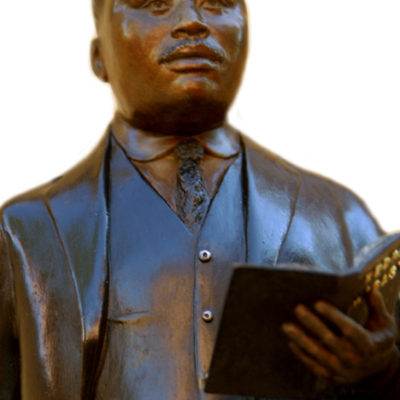 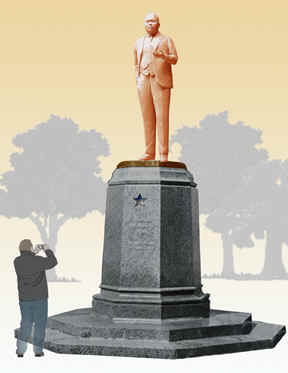 The Marcus M. Garvey: Africans Unite! sculpture by Nijel BPG is available as a bronze monument for institutions, organizations, or as depicted above as a 14 inch, Limited Edition bronze sculpture.